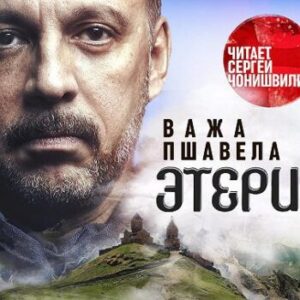 The Georgians have one strange, but quite understandable feature — the country calls the most beloved and close to the people cultural and public figures simply by name. No surnames, let alone patronymics. Just Galaktion, not Galaktion Tabidze, Ilya, not Ilya Chavchavadze, Akaki, not Akaki Tsereteli. This is how the people of Georgia express ardent love, deep respect and gratitude to these outstanding personalities for what they have done for their homeland. One of such popularly beloved Georgian poets and writers is undoubtedly Vazha Pshavela, or simply Vazha. A man who in his works managed to capture Georgia as genuine, beautiful and strong. He turned to the heroic past of the Georgian people, talked a lot about the relationship between man and society, man and nature, love and duty to the people.

The creative heritage of the classic of Georgian literature is 36 poems and about four hundred poems, as well as plays, stories, essays, ethnographic, journalistic and critical articles.

We invite all fans of the writer’s work to get acquainted with the audio version of his poem «Eteri» performed by Sergei Chonishvili.

Also, do not miss the previously released audiobook: Shota Rustaveli «The Knight in the Panther’s Skin», Vazha Pshaveli «The Guest and the Host»